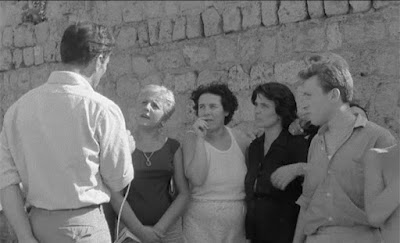 Reporter on the street asking a wide array of people their opinions about various aspects of sex, love, family, and society. Sounds basic enough, but the fact that it is a contender for being the first such movie is an honor. Add to that, the elegant structure, the bold selections, gripping editing makes it stronger. But most delicious of all is that the interviews are done in ultra-conservative, ultra-Catholic Italy of the 1960s, and that the interviewer himself is a towering figure of the arts: Pier Paolo Pasolini, one of the founders of cinema's neo-reaiism, a poet, an auto-didact, a genius, a fiery iconoclast, a rebel, a gay man, a communist, and eventually, a martyr to greed insolence and ignorance. Not all his questions or reactions are perfect, but a few mis-steps can be overlooked, like a smudge in one corner of Da Vinci's Virgin on the Rocks. You can see the masterpiece regardless.
The title translates from the Italian to "Conference of Love". 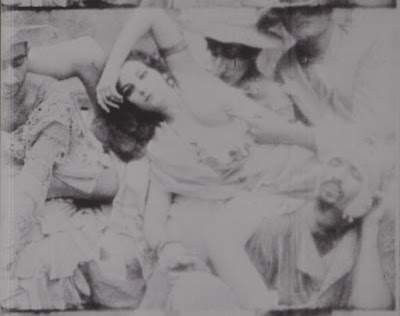 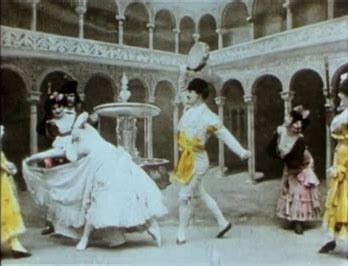 Directed by Alice Guy
Starring Madame Saharet and Don Moreno
Similar to some of Alice Guy's other dance movies, like Au bal de Flore (1900), except this one involves a whole dance team, and presents us with a more thrilling and complicated dance, making us feel like we've scored a ticket to a top-notch show! The popping color and realistic background are also commendable.
The title lists the name of the internationally famous dancer, Paulina Clarissa Molony AKA Saharet, alongside the name of the style of dance depicted, which is the Spanish bolero.