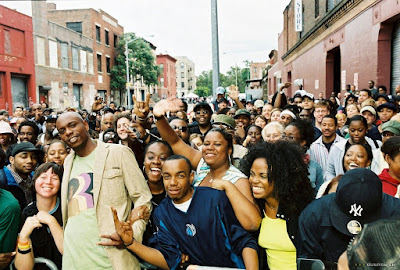 How does one even talk about this movie? First off, is it even a movie? What in the world is it? After repeated viwings and 14 years distance, I can finally see 3 things this project is. It starts off as a touching and inspirational act of charity, because superstar Dave Chappelle is giving back to his community as well as sending a message of unity and celebration and beauty to the world. Secondly, it's a superb concert video, among the best, capturing the best underground black U.S. musicians as well as the best mainstream black U.S. musicians. It builds up from when the concert was a concept to the sign off, the whole time weaving in several of the most riveting musical performances recorded to film. Mixing in commentary on music, comedy, their intersection, and the state of race relations at the time. And thirdly, it's a document that reveals the spirit of the United States of America at the time. It's a diverse population with loads of baggage, tons of tension, but we see here the medicine, the panacea, that Dave offers is the correct prescription for peace and prosperity. It's the same energy from the hippie 60s, the same energy that elected the first black president. It's the same energy that occupied Wall Street, and it's the same energy behind the 2016 and 2020 Bernie Sanders campaigns. That energy never died. It's alive and well. It's the heartbeat of the world. And Dave Chappelle and Michel Gondry documented it. 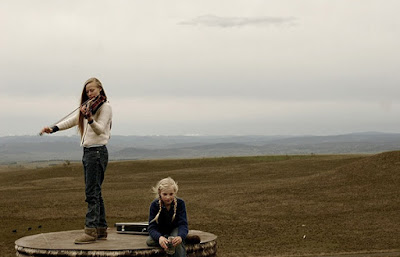 In a few minutes, this movie shows you our world, how vulnerable we are, that it's important to value what really is essential, and it ends with a vision of the species we have within us to become. Highest honors, a work of excruciating beauty. The cinematography and direction is on some spiritual, grand Beethoven-type riff, and it is very welcome. 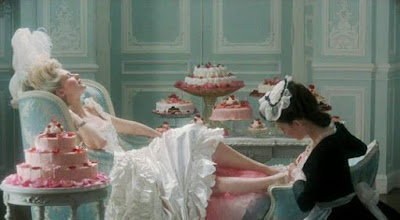 Delicious. Just a pure delight. It's a cream puff, only existing to give joy. And part of the joy that this movie gives is the bittersweet sensation that life is beautiful but it has and end. A masterpiece. The soundtrack is unbelievably enjoyable and ground-breaking for its contrast with the time-period of the setting. Adds a whole other layer of meaning. 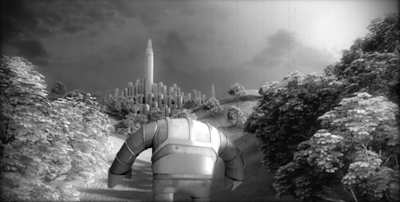 Direction, Production, and Animation
by NIKOPICTO

Dude, I don't know what this even is! All I know is I can't stop watching it. Starts out like a blend between a 1930s monster movie and a 1960s monster movie, with a little bit of modern animation flair thrown in. And then when the robot protagonist climbs a skyscraper like King Kong and is zapped by alien vinyl rockets, the robot protagonist starts shooting out vinyl discs like mad person on a rampage. Is this prophecy? Is this wishful adolescent fantasy? Or is this some kind of advertisement? I don't know what political agenda they're pushing. All I know is that they're pro-music and pro-cinema, and I can't stop watching it! 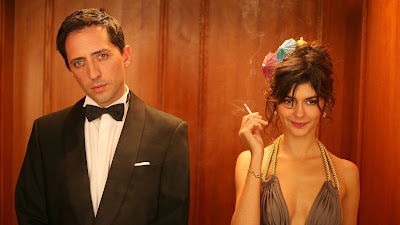 Fast paced comedy that asks essential questions about love and money. Simultaneously fun and deeply probing, and still romantically pleasing. Phenomenal direction and performances. Stellar cinematography. The editing is timeless. The colors and lighting present a gift all their own. 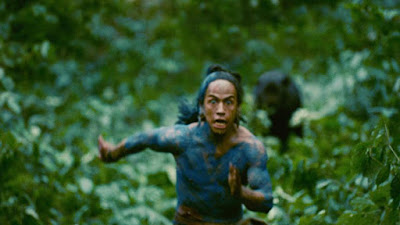 Kind of hard to not refer to in conversation, because it is the epitome of horror. It's a gripping, freaky study in paranoia, but simultaneously, it's a prayer of solidarity for those dealing with the crushing side of life. It gives comfort to those struggling because of its depiction of life as one horrifying challenge after another.
Additionaly, it's a condemnation of end-time philosophy and of the fundamental religious people who use end-time philosophy for their agendas. The fact that it's so realistically choreographed is an asset. The fact that it follows the brisk tempo of an action-adventure movie almost ruins it, but luckily, the other parts are so good that they over-rule. 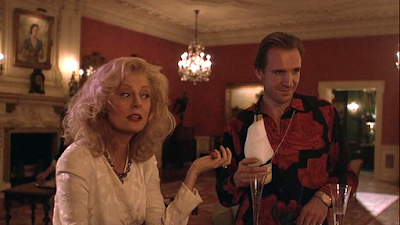 What is a servant? What is a master? What is wealth? What is good living? What is going too far? This movie tenderly goes deep into the heart of these questions and more with spectacular pacing due to genius writing, direction, and performances. There seems to be no director, and I think this is a tribute to the director, because he somehow vanishes, as if he were never there. It's as if we have walked into this world, this story, and there is no one telling it, no one who is narrating, no one who is pulling the strings. In the end all that we're left with is this deep rich pulsing yearning in an unfortunate time, a time that we still exist in.