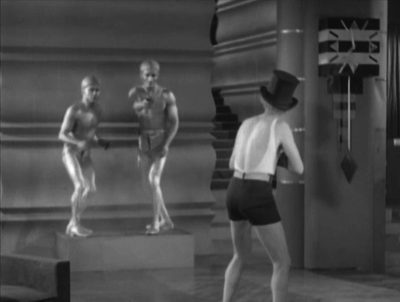 This movie starts with acting so bad that it seems funny it was even made, but when Groucho (playing Captain Spaulding) makes his entrance, all is saved with his and his brothers' insane games. There is no real plot, no real point for Capt. Spaulding, Emmanuel Ravelli (played by Chico), and the Professor (played by Harpo) to be at this house party, and less for their staying around. They seem to only care about stirring up a little fun to disrupt the boredom. And that's the greatest gift of this movie, it takes the usual melodrama and crime caper, and flicks it aside. It wrestles it and subverts it. The brothers overtake the reality of the movie, as if they've hijacked the script. In this sense, they're beyond superheroes; they are the King Midases of movie-fun. Whether it's word puns or physical humor, every scene they touch bursts with surprising and seditious delight. They even surprise with their musical ability. And it's all tied together as well as such a thing can be with Harpo's bewildering romance. 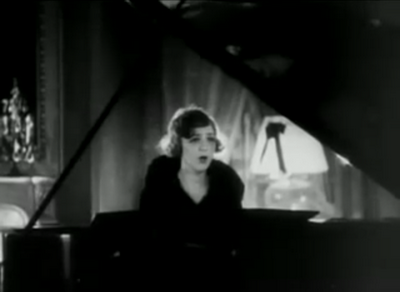 
Cuts between shots do not have to be abrupt, jarring experiences. That's part of the challenge this movie seeks to meet, but only part. Starting with a great score and a medley of beach waves crashing, the scene then transfers to a night at a lonely, wealthy woman's living-room, at which point she begins to play on the piano and sing her heart out. That is the simple, unadorned plot-line, but in Eisenstein's hands, this is an opportunity to pull out all the stops and use every tool at his disposal to give us a journey through the heart of loneliness. The quick musical parts of course call for rapid cutting, but it is during the slow, thoughtful parts that I was astounded because of how sweetly and gently the image shifted. We get multiple angles of tree silhouettes, multiple angles of the woman at the piano, and multiple angles of romantic statues against fiery skies. By the end, it becomes apparent that Eisenstein sought to show the virtuosity that could be achieved in the movie-medium, and I was certainly nodding by the end.
The score by itself is great enough in passion to cry along to, and the performance certainly complements that immaculately. Beyond that, it's nice to see Eisenstein tackling something outside of the realm of political and material struggle, and instead show his ability to shine in matters of love. Way ahead of its time, by which I mean, other people who would excel at this sort of collage between breathtaking vistas and stirring musical scores came much much later. I'm thinking specifically of Terrence Malick.
The title translates as "Sentimental romance". 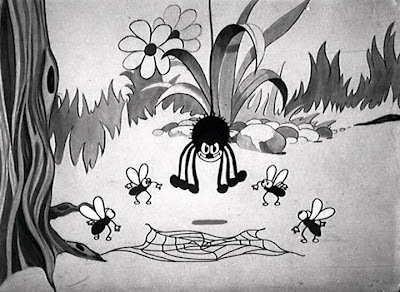 Another Disney production that links music to playful imagery with a mischievous undertone. The recipe is the same but so is the energy of the music and the creativity of the animation. There are no hitches and it's rare when a movie demonstrates such streamlined artistic intention and infectious joy.