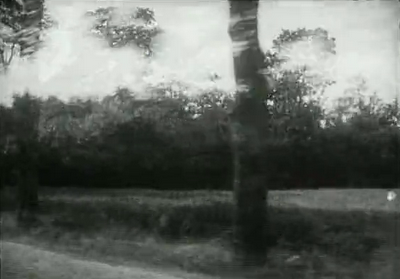 
On a rooftop of a bustling city, we see a cannon spinning around by itself, sometimes shockingly pointing towards us. Next, a pair of intellectual types load the cannon on a careless whim, and fire. Then, the title card plays and the movie properly begins. Things only get wilder as we are treated to a seamless flow of seemingly unrelated activity. A shot of two pairs of gloves boxing each other dissolves into a pair of men playing chess with the city as their board, and that dissolves into an upward shot of a beautiful ballerina whose face ends up being not quite how we envisioned it to be. That is the point of this movie, to surprise us, to keep us always guessing and guessing incorrectly, to capture the vast and often incongruous sum of humanity. And it does that miraculously well. There are many more scenes which astonish and evoke laughter, all quickening to a maddening pace by the end, but suffice it to say: they are all part of a fascinating ride that serves our year as much as it did 1924.
The title translates as "Intermission". 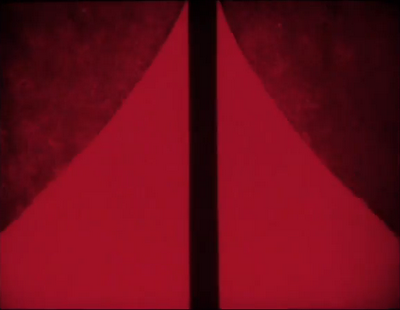 
Again, Ruttmann's patterns have become more complicated, and his hues brighter and sharper. The shapes flicker faster, to the point that we might not be able to keep track of all the changes. The speed with which dozens of shapes shift is part of the genius of the movie, but only part. The other part is the 3-dimensional effect which Ruttmann shows his absolute mastery of. He uses the movie screen as his canvas to boggle the audience's senses with and to stimulate their tension with. Quickening rhythm is a central element towards that aim. This opus has a more industrial feel than Ruttmann's previous two, as it evokes the thrusting of pistons and the dripping of fluids. And yet, there are segments, like the one which resembles the act of peeping through a window, which are are hauntingly emotional. 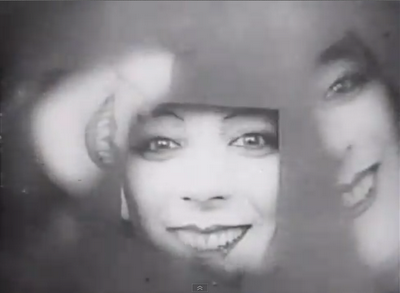 
A litany of images are thrown at us, some graceful and swooping, others sharp and grating. They make up a bombardment of reflections, multiple exposures, spinning objects, odd juxtapositions, and a couple glimpses of the very camera from which we view. It is always disorienting, never boring, and supremely beautiful. I say beautiful because it's not trying to tell a story, but rather it uses the camera as a dancer and the world around it as its stage. Are the reflections of a smiling woman's face dancing around us, or is it we who are dancing around the woman? In a sense, we become the camera. And  because of that close identification with the camera, the images are that much more visceral. When the movie captures the pressure and madness of modern life so fully, we feel relieved because we've had to set our own personal burdens down for a while. When the movie is over, we pick our burdens up again, but more consciously now, more open to change and balance, refreshed.
Originally planned to correspond with George Antheil's score, this movie was often shown silently until the year 2000, when a Antheil's score was tailored to better fit the movie. Besides its connection to music and dance, it also has links to various painting movements, such as cubism, dadaism, surrealism, and futurism, not only in theme and imagery, but because several members of the cast and crew were prominent painters associated with and or interested in those movements.
The title translates as "Mechanical ballet".