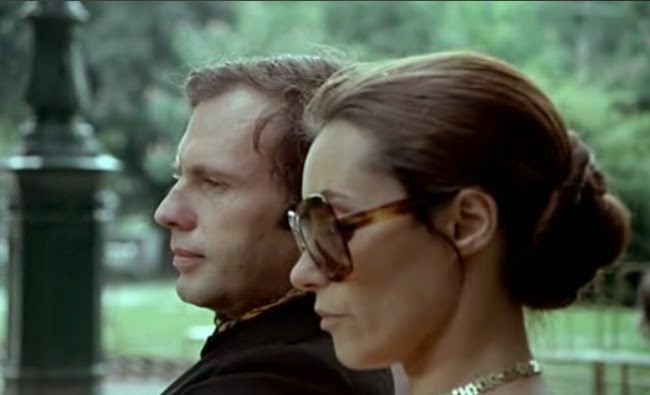 
One of the absolute finest movies in cinema! On the surface, it's a crime story with lots of action and smart twists. But since it's combined with so many other amazing facets, the movie is elevated to the highest level of movie art. Firstly, the way the movie takes off mid-story and then circles back around makes figuring out the actual sequence of events endlessly and joyfully mind-boggling. Secondly, the editing whirling around and ricocheting between suspenseful points, soaring with the escaped convict, and then stopping long enough to catch an intimate moment between old lovers, before running off again, makes us never tire of re-watching, and always think of the movie as a wonderful thrill-ride of emotions and suspense.
Thirdly, the charm of the lead is insane. He is funny, unbelievably smart, handsome, sexy, and tough. And somehow behind all of this, he's also sweetly melancholic. This is Trintignant at his prime, which should be made more clear by the fact that he's also the lead in the next movie listed for this year. He is key to this project. For instance, even though the movie deals with multiple crimes, like robbery, kidnapping, blackmail, and entrapment, it strangely always seems fun and justified. And I think that has a lot to do with the look on Trintignant's face. He never says it, but you feel he can be serious when he needs to be, but that he is not reckless or merciless. Of course, that also has to do with the opening scene which lays out his delicate balance between abuse and love. Fourthly, the music is epic, because it is playful, dreamy, and textured. It brings a smile to my face, and because of the world that it was created for, it makes me feel as if I am, like Trintignant's character, one step ahead of everyone else.
The title translates from French to "The criminal". 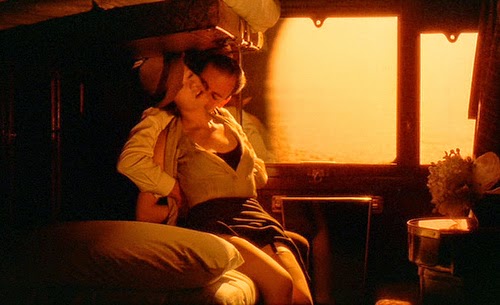 
Form-wise, it's like director Bertolucci has gobbled up Fellini's style. A lonely man who is expected to perform is riddled with guilt, ghosts from the past, and a struggle to regain his identity, his joy, or his sense of direction. The way the scenes flow one into the other, past mixing with present, and grotesque side-shows along the way, all play as if a homage to Fellini. And yet, the amazing colors, camera angles, choreography, and art direction seem to go a step beyond.
Substance-wise, the themes of spies, madness, fascism versus socialism, religion versus secularism, and homosexuality versus heterosexuality add a new and fascinating twist to the familiar form. Jean-Louis Trintignant is mind-blowingly good in the lead role. He is cold, handsome, and yet we are able to empathize with his torture because he only shows it subtly, and because we thoroughly witness the madness of his world and how desperately he craves to find normalcy.
The title translates from the Italian to "The conformist". 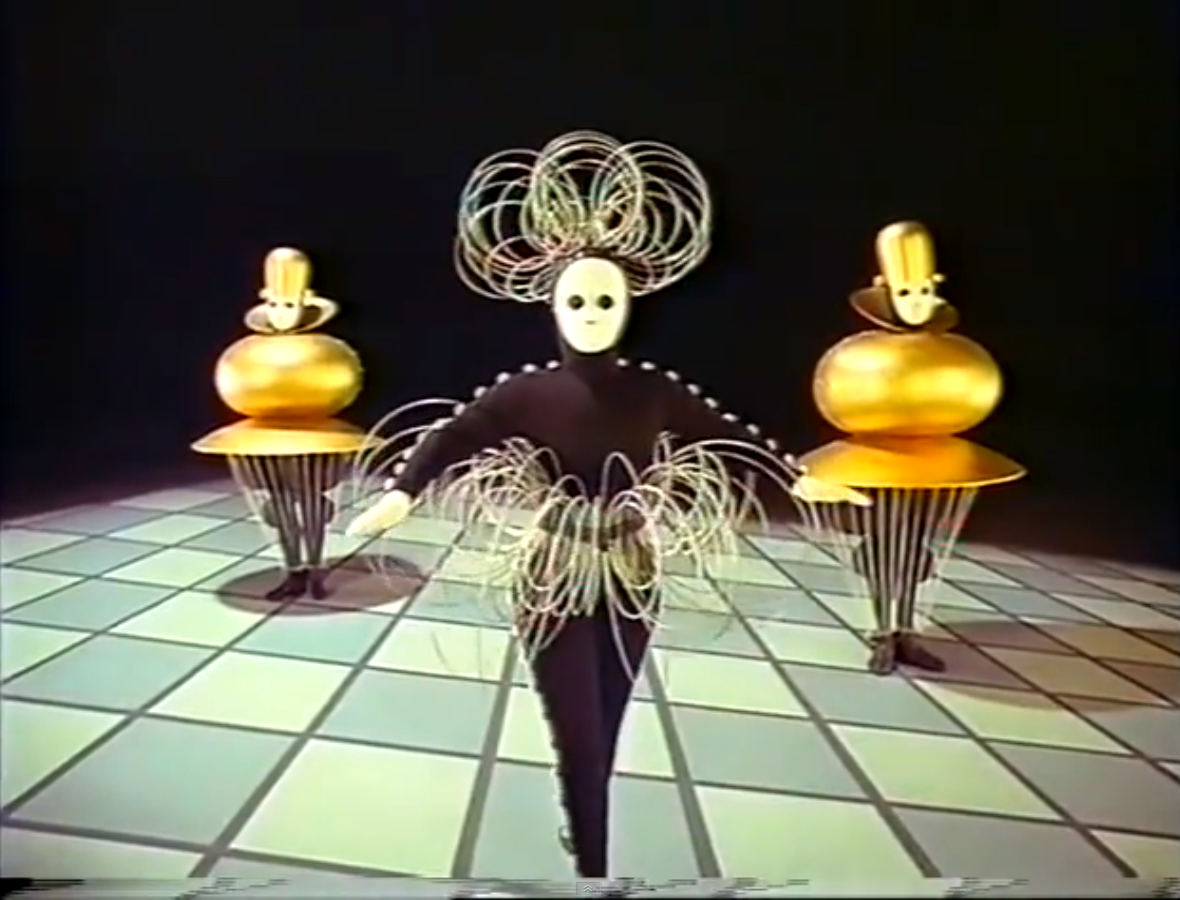 
This movie proves that we've been lazy in focusing so much on the human form. It hammers home the fact that talk is cheap, but dance, color, and far-out costuming is where it's at. It's basically a series of dances by as wildly-looking robotic people as imaginable. The angles are especially great and novel. Countless music videos and children's shows have duplicated the ideas expressed here, so it is interesting to see that those ideas were originally expressed for an audience with a taste for futurism, ballet, and classical music. Endlessly fun!
The title translates from German to "The Triadic Ballet".