Dancing on the Moon 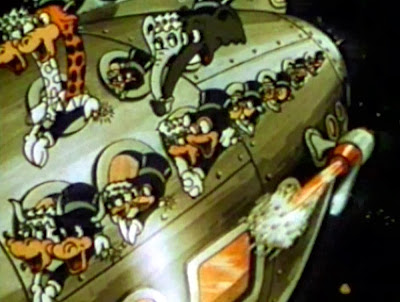 
This movie brings back the joy, wonderment, and silliness that seems to get lost at times at different phases of movie history. A play on Melies' space movies from thirty years before, it's not without its own genius. Besides the colorful characters, music, and storyline, having different distances move at different rates to convey depth is pioneering, the brilliant moon shining through the diaphanous clouds is gorgeous, and the space visuals are light-years ahead of its time! Oh, and it speaks as eloquently to romance as it does to solitude. 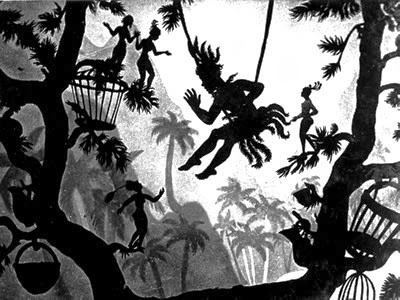 
Best I have seen of Reiniger's trademark cutouts photographed in stop-motion to look like moving silhouettes. This one has a gorgeous depth of vista, a cornucopia of gracefully moving creatures, and an engaging storyline which is basically an excerpt of Mozart and Schikaneder's Die Zauberflöte  orchestrated by Nils Lieven. It's so engaging that its length of about eleven minutes just whizzes by pleasantly. The tone changes through peace, wonderment, attraction, danger, action, depression, reunion, and jubilation all in that space. It's a sort of poem about love and it evokes love strongly, as if it is by someone, or a team of people, who feel it deeply. 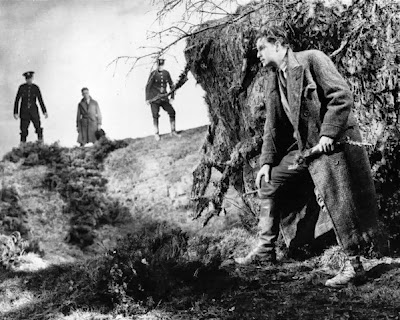 Ace adventure flick. The fantastic angles and suspense are kept throughout owing greatly to the masterly editing. It's the original nail-biter, which is not usually the type of movie to be a long-lasting work of art. And yes, some of the special effects, performances, and plot points are campy. However, the movie is such a sublime blend of comedy, sexual escapade, action and political thriller that the bits of outdatedness fit right into the fun soup. Another reason for its eternal quality comes from its centering on Robert Donat's character. He falls into the plot by mistake and is surrounded by fear, danger, and the grotesque. So, as our avatar, we feel as out of place as he does, if not more! Additionally, the movie shows us various social classes and subclasses of British culture, their concerns, trials, and amusements. These facets all come together to show us how one man's eyes open to the complexity of the modern world. Plus, it's probably got some the best sets (and blend of set shots with location shots) up to its time and would hold that honor at least until the completion of 1939's The Wizard of Oz. 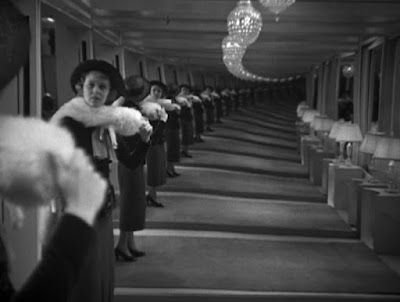 The most perfect romantic comedy I have yet seen. It's Chaplin in words and wit and tone of voice, rather than dancing and falling and poignant gazes. It could almost be an audio record instead of a movie. But there's enough visual stimulation, with optical flair, sight gags, and emotional actor performances to make it worthy of being watched rather than simply listened to.
Hilarious and heart-breaking because it catches both a miracle as well as several blind-spots in our monetary-based society. The first great movie with a screenplay by Preston Sturges, and that's largely due to the on-point direction and the masterly performances by all.